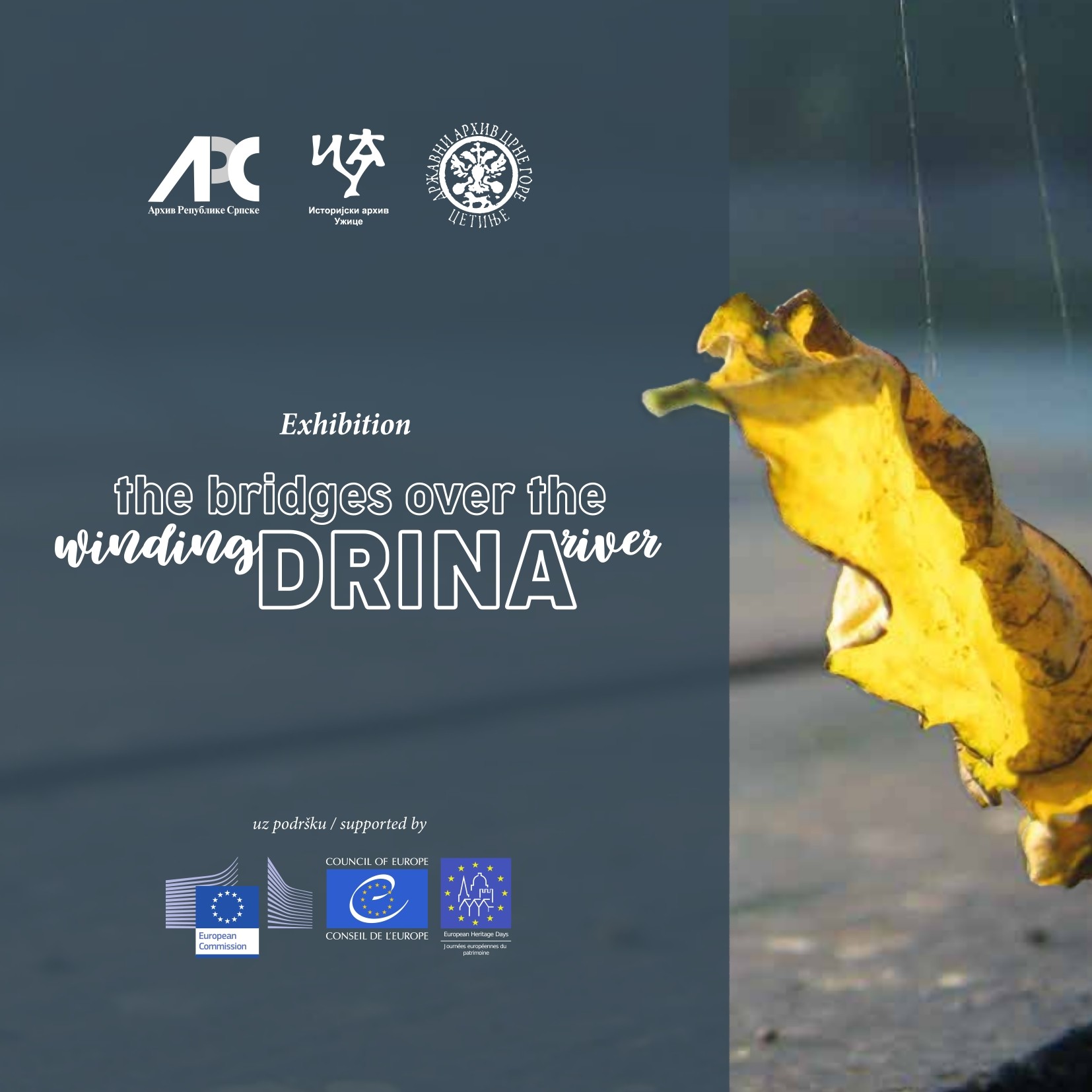 Briefly about the subject: The exhibition “Bridges over the winding Drina river”

It is most likely, the name Drina is of pre-Slavonic origin and originates from the Celts, that is, the Celtic word “dring”, which means climbing and in the case of the name of the river Drina would mean a river that rises, whose stream touches the high mountains. Also, it is known that in the ancient era it was called Drinus.

Today the river is mostly not navigable, but together with the Tara River, it represents the main kayaking and rafting attraction in Bosnia and Herzegovina, Montenegro and Serbia.

If the river could tell stories, it could give us many interesting tales about the history of people who live around it. Throughout history, empires, monarchies and states have changed, but the river and its people endured. After the death of Emperor Theodosius in the year 395 AC, the Drina River becomes the border between the Western and Eastern Roman Empire. Over time it was both border and connection between the same people living around it. The story about bridges and its builders can give us an important understanding of temperamental historical occurrences in this area of southeast Europe, Also, researching this material will show us the way of life of its people. The same bridges were built, destroyed and restored over and over again throughout the times.

The most famous example is the story about building the Stone Bridge on the Drina River in the town of Višegrad in 16th century by Mehmed-Paša Sokolović, who was an Ottoman statesman, born in a Christian family in Bosnia, taken away from his parents and home at an early age as a boy as part of the Ottoman system of conscription of Christian boys to be raised to serve as a soldier, and who later on built this bridge near the place where he was born and taken away. This story tells us a lot in itself. The Stone Bridge was destroyed and renewed several times throughout history. This bridge was also an inspiration for writer Ivo Andrić for his Nobel Prize-winning novel “Na Drini ćuprija / The Bridge on the Drina”.

This exhibition and the publication will present 25 bridges, some of which no longer exists, and three dams. Bridges were built, destroyed and renewed by different people, and that also speaks volume. Presenting the retrospective of bridges and their builders will result as well with the perspective of historical heritage, memory and understanding.